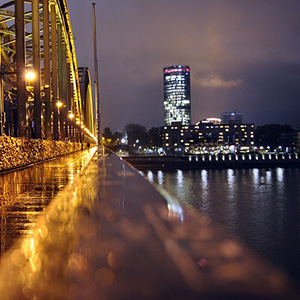 Germany is a country filled with spectacular scenery, medieval towns, fairytale castles, a fascinating history, and world-class beer. On this Germany tour, see Germany’s highlights and visit its most famous cities, medieval towns, and scenic areas. Your vacation begins and ends in Frankfurt with overnights also in Cologne, Berlin, Dresden, Nuremberg, Munich, Oberammergau, and the Black Forest. You’ll visit the must-see attractions in each city, including Cologne’s famous gothic cathedral, with its twin-steepled towers, and Berlin’s Kaiser Wilhelm Memorial Church, badly damaged during the war and today a symbol of reconciliation.Magnificent scenery also awaits you on this Germany vacation. Enjoy a Rhine cruise along the Rhine River’s most scenic section, with castle-crested hills, terraced vineyards, and pretty wine towns. Visit King Ludwig II’s Neuschwanstein Castle, nestled high in the Alps. Drive on the panoramic German Alpine Road to beautiful Lake Constance, Europe’s largest freshwater reservoir, and to the charming island of Lindau. Stop in Rothenburg, a walled town that has retained its medieval character, and enjoy Germany’s lush Black Forest region, where you’ll learn about woodcarving and enjoy coffee and Black Forest Cake-a special experience included by Globus.A tour to Germany would not be complete without sampling the local cuisine and beer. That’s why Globus has included a beer at a famous brewery in Cologne, founded over 100 years ago. Bratwurst has been a tradition in Nuremberg for many centuries, and Globus has included dinner at a local Nuremberg restaurant to taste the traditional Nürnberger Bratwürste. But that’s not all…Globus has included first-class seats to the Passion Play in Oberammergau. Performed every 10 years and set with the majestic alpine scenery as a backdrop, it’s a magnificent experience. From the beautiful scenery and exciting cities to the traditional food and wonderful beer, this Germany tour has it all!By June 2021, your vacation, which includes the Oberammergau Passion Play, requires a per-person, non-refundable deposit of $600. Prior to June 2021, a minimum of $250 non-refundable per person deposit is required to secure your reservation and tickets for the play.

Berlin, city and state (1991 est. pop. 3,450,000), 341 sq mi (883 sq km), in E Germany on the Spree and Havel rivers, de jure capital of the country. It is within, but administratively not a part of, Brandenburg. Berlin is Germany’s largest city, its historic capital, and a major cultural center. The city’s manufactures include electrical equipment, chemicals, and clothing. Among its many cultural institutions are the renowned Berlin Philharmonic, the gallery of the Charlottenberg Palace, with its collection of Rembrandts, and the Pergamum museum, known for classical art. Formed from two villages chartered in the 13th cent., Berlin was a leading member of the Hanseatic League and became prominent as a commercial, cultural, and communications center of Central Europe. It was the capital of Prussia and of the German Empire after 1871 and the Weimar Republic (see Germany) after World War I. In World War II it was badly damaged by Allied bombing and a Soviet artillery attack.

In 1945 it was divided into British, American, and French occupation zones (West Berlin) and a Soviet zone (East Berlin). The status of divided Berlin became a major cold war issue, and in 1948-49 the Western powers carried out a large-scale airlift to supply West Berlin during a Soviet land and water blockade. In 1949 East Berlin was made the capital of East Germany; in 1950 West Berlin was established as a state within, and the de jure capital of, West Germany, with Bonn as
the de facto capital. In August 1961 East German authorities erected the 29 mile (47km) Berlin Wall along the line of partition to halt the exodus of refugees to the West. As the East German Communist regime collapsed (1989-90), the Wall was breached (Nov. 9, 1989). Upon German reunification in Oct. 1990, the new, all-German parliament held a symbolic session in Berlin in the old Reichstag building, and in 1991 it voted to move the federal government to the city. The move is to be completed by the end of the year 2000; some government offices will remain in Bonn.

Located on both sides of the Rhine river, Cologne (German: Köln) is the fourth most populous city in Germany. Cologne’s great Gothic Cathedral is a magnificent reminder of man’s ability to create exquisite art from stone. Its lacy twin spires and wonderful stained glass never fail to impress. Miraculously, the Cathedral escaped wartime destruction, unlike most of the city. The Old Town attracts visitors with excellent restaurants, lively taverns, bars and boutiques. The pedestrian-only Hohe-Strasse is a shopper’s paradise, and Eau de Cologne toilet water, trademarked 4711 (the former address), is world famous.

Known as “Florence on the Elbe”, this is a cultural and industrial center for eastern Germany.

This former capital of Germany is located in the southwest area and is the major commercial center.

Prices are per person, land or cruise only, based on double occupancy. Offer subject to availability and change without notice. Some restrictions may apply. Please ask us for details.

Charges not included in the land vacation price: airfare to and from the start of your vacation; airline baggage fees including checked and/or excess baggage fees; Federal inspection fees for the Federal U.S. Customs and Immigrations; agricultural tax; other per person taxes imposed by government entities; applicable cruise taxes, fees, fares and port charges; passports; visas and vaccinations; transfers; tips to your Tour or Cruise Director, Local Host, driver, Local Guides, and/or ships’ crew; gratuities on ferries, trains, and cruise ships; laundry; telephone; minibar; alcohol, beverages, and food outside of the contracted menu as presented at a hotel or restaurant (these extra items will be billed to you before leaving the hotel, ship, or restaurant); additional excursions and activities not listed as ‘included’ in the itinerary; porterage at airports or train stations; Travel Protection premiums; and all other items of a personal nature.

Click on the buttons below to request a quote on this deal or contact us directly with further questions or comments.

Request A Quote Send To A Friend Have A Question? Contact Us

Send To A Friend

Please don't close or refresh the page while we are processing your submission
Please be patient, this could take a few minutes.